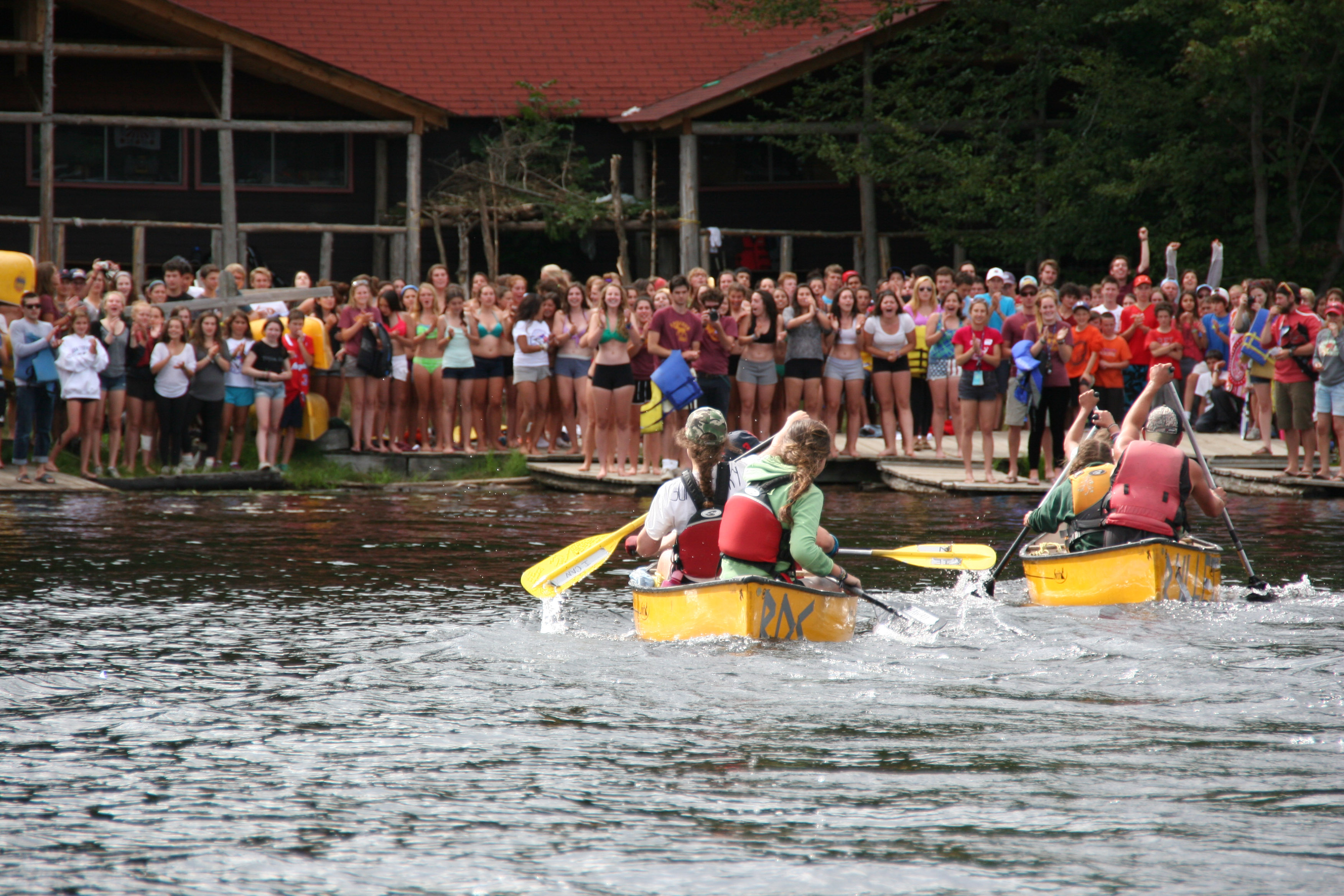 There are many things I do at camp that are unacceptable elsewhere in the world (burping competitions at the dinner table, wearing socks and sandals, shoving cake in people’s faces to name a few), but there are some things I think the rest of the world ought to learn from camp.

Last weekend my brother and my cousin entered the Muskoka River X, the longest single-day paddling race in the world. Kind of a big deal! Most of the competitors were professional paddlers using sleek, carbon fiber boats. Max and Ben both grew up at camp and have their 1sts in canoeing or tripping, but neither are Olympians. So I wasn’t the only one surprised to see they were holding their own at the front of the pack as the hours went on.

I spent the day glued to my computer, drinking in the live updates, and at 9 pm, as they entered the last leg of the 130 km race in 3rd place, I started driving north. When I arrived at the finish line I jumped into their arms, and hugged them until their tired arms could not hold me anymore.  There were 3 other camp friends there too, celebrating their success with cheers and embraces.

The next day at the awards ceremony, Team Arowhon got a shout-out for the most enthusiastic greeting committee.  Not to minimize our cheerleading skills, but at 4 people it wasn’t exactly a marching band. The race organizers spent approximately 6 seconds praising the 1st place finishers, and the applause lasted even less than that. When they announced 3rd place, I embarrassed my brother by being the only one to stand up and shout (it’s a good thing I didn’t have time to stop and buy banner-making materials like I had planned to!).

On the drive home, I thought about how different the reception was at this professional paddling event than our admittedly amateur races at camp. At camp, when a push trip arrives home, the entire community of 500 people drops whatever they are doing and races to the trip dock. As they approach the shore, cheers become so deafening they can be heard lakes away. The entire section (or 2 if it’s a co-ed trip!) jump into the water and form a giant circle around the trip and sing at the top of their lungs. There are inevitably tears of joy (on both sides), and no matter how smelly they are, there are line-ups of people waiting to hug the triumphant trippers.

And that’s just the start of it. Then they go to Jo’s cabin for Kraft Dinner and movies, and get called up in front of the dining hall to be cheered by the whole camp. For days afterward people congratulate our heroes when they pass them on the path. No matter whether they finished in 32 or 62 hours.

One of the reasons young people challenge themselves at camp is because their pride builds when their accomplishments are celebrated by the entire community. We teach kids to celebrate others’ successes, and in doing so, we increase the meaning of their own. We applaud the effort over the results, the commitment, dedication, and improvement over the skill level. This makes kids persevere. They don’t give up if they don’t get it the first time. They don’t feel like they failed because they didn’t break the record. They keep trying until they get it, and they feel proud because they got to the finish.  And then they set their sights on their next goal, because they know they can succeed at giving it their all.

We teach kids to celebrate others’ successes, and in doing so, we increase the meaning of their own.

5 responses to “Camp Has a Lot to Teach the World”