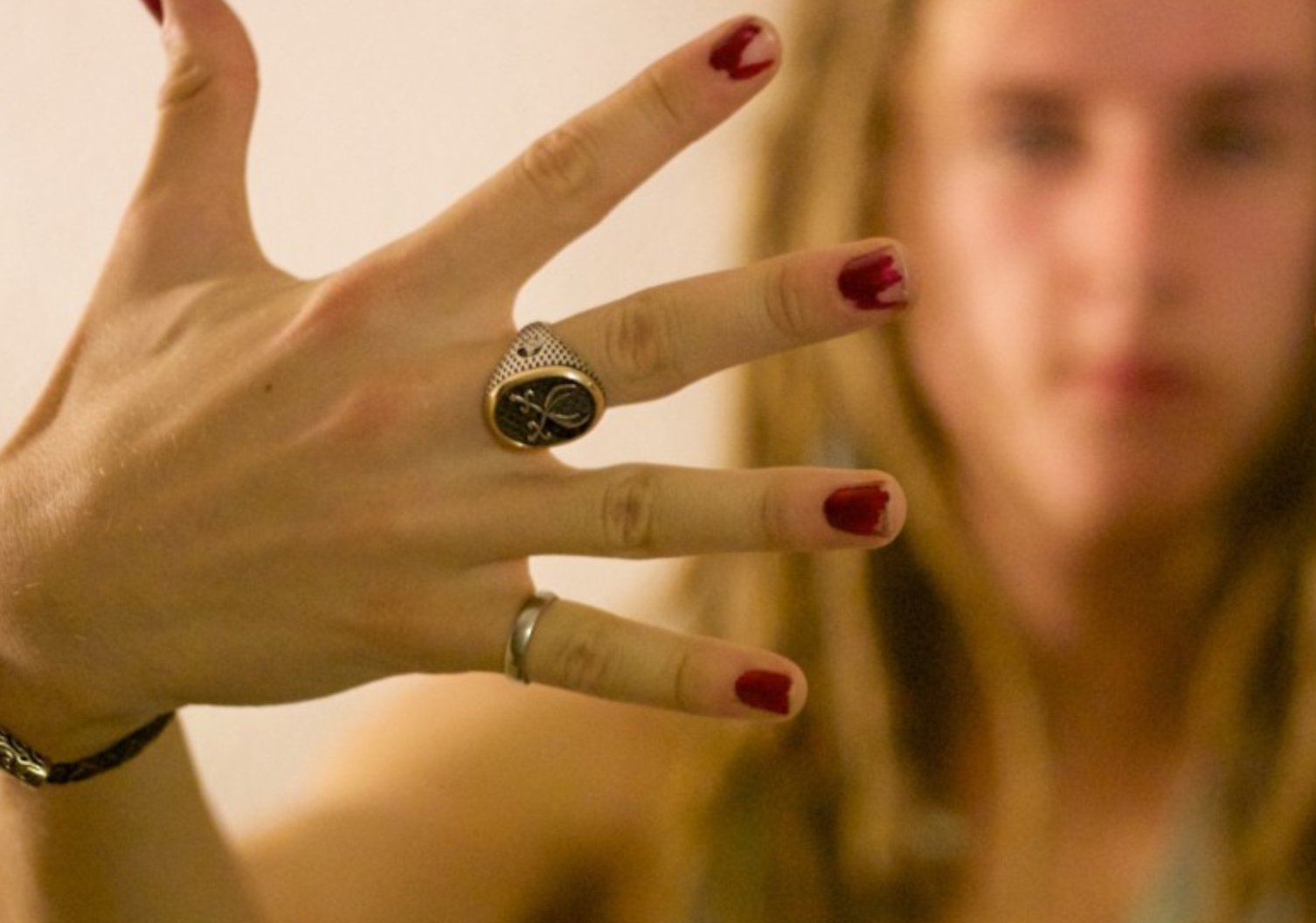 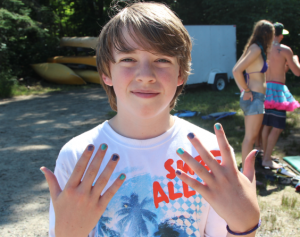 This was written by the staff member who received the most “likes” on our post-camp survey. How fantastic is it that at camp our boys can have role-models like this!?! We are so lucky to be welcoming Jonny Reed back for his second summer at Arowhon in 2014, and hope to have him around for our campers to look up to for many years to come.

Why I Wear Nail Polish

Culture jamming a society that doesn’t want me to be myself.

A teenage girl sat across from me on the tram today. “Excuse me,” she asked, “are you a boy or a girl?” “Boy,” I replied. She leaned back and said, “So why are you wearing nail polish?” I stared at her, taken aback by the venom in her voice. “No reason,” I eventually responded. She and her friend shared an ugly look. “Honestly,” I heard as they got up to leave, “a boy who wears nail polish what a queer.”

What I didn’t tell her

“Hey,” I didn’t stand up and call after her, “you really want to know why I’m wearing nail polish?”

“The first time I wore red nail polish it was smeared on my fingers by a group of laughing kids in a small village in the Andean mountains. I paint it on when I’m feeling sad or lost as a visual reminder of a time that I was happy and fulfilled. It’s a piece of self-identity, and it gets me through hard days.”

“How dare you try to take that away from me,” I didn’t snarl.

She didn’t have a problem with nail polish itself. It was only after I had affirmed my identification as a boy that she verbally punched me to the periphery of acceptable society. By painting my nails red, I had broken a normative rule; I had asked her to recognize my subjectivity and distinct gender expression.

Of course she did. Our society is built on an imbalance of power that makes it far easier to reject the other than to adapt to unfamiliar realities.

Add in a bit of feminism

Femininity in boys blurs the black-and-white boundaries of the social order, which is why a 2011 clothing ad featuring a young boy wearing pink nail polish was called blatant transgender child propaganda. It’s seen as a danger to good and proper binarism—a challenge to traditional power structures.

Effeminate boys are viewed as having given up power, because masculine concepts of physical and emotional toughness have largely remained unquestioned as a boyhood ideal. Somewhere along the line, feminine qualities have become “weaker”. For the girl on the tram, being queer meant being less.

“Girls can wear jeans and cut their hair short and wear shirts and boots because it’s okay to be a boy; for girls it’s like promotion. But for a boy to look like a girl is degrading, according to you, because secretly you believe that being a girl is degrading.” — Ian McEwan, The Cement Garden (1978)

My red nail polish really didn’t have anything to do with my gender identity, but so what if it did? Why are we so afraid of those who don’t conform to rigid binaries? Why do we consider boys who are effeminate to be “lesser than”?

And, at the end of the day, should any of this really matter?

Quite honestly, it’s up to you. The world is a cruel place; there’s brutality and intolerance everywhere you turn. And you know what that means? All we’ve got is each other. The very least we can do is treat each other with respect and acceptance.

“At stake here is nothing less than how we measure the well-being of our fellow citizens, and how much that wellness hinges on genders that coincide with normative expectations.” — Ken Corbett, Boyhoods: Rethinking Masculinities (2009)

When I wear nail polish, you know who asks me about it most often? Kids. Most of them already have some inkling that I shouldn’t be doing it and they are curious as heck. That’s how societal change begins—by breaking a few rules, teaching a few people that it’s okay to be different. Stand up for those who can’t. Defend equality and all that.

Most importantly, be yourself.