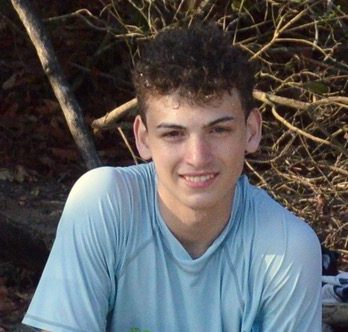 Adam grew up in Pemberton, BC and lived for two months each year on a remote Caribbean island in Belize, Central America. He is on his school basketball team and was also in an Athletic Leadership Program teaching and coaching younger kids. Adam plans to travel across Europe and Asia and then attend University. He loves the water and spends a huge amount of time in the oceans, rivers and lakes in BC. His family also has a cottage on Rock Lake in Algonquin Park where he canoes and swims in the warm, beautiful Ontario waters. This will be his first time at Camp Arowhon, so he is really exited to gain new work experiences in Algonquin Park and make new friends with both the campers and staff! 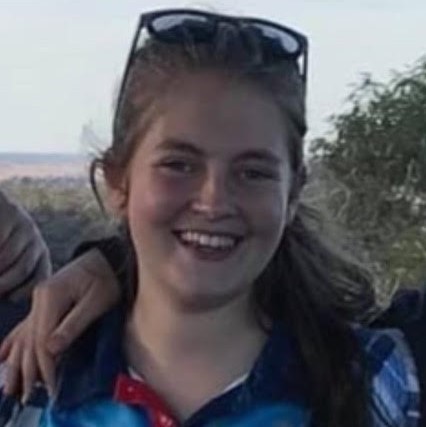 Claire is an Aussie excited for her first year at Arowhon. Even though it is her first year at camp, Claire is not a stranger to the outdoors; she has been a part of the Scouting Movement since 2011. This has included attending canoe trips, hikes, bike hikes and snow camps. In her spare time, she enjoys playing basketball in addition to sewing and furniture upholstery. Most of all, Claire is excited to meet new people, and help others have a fun and enjoyable experience at camp. 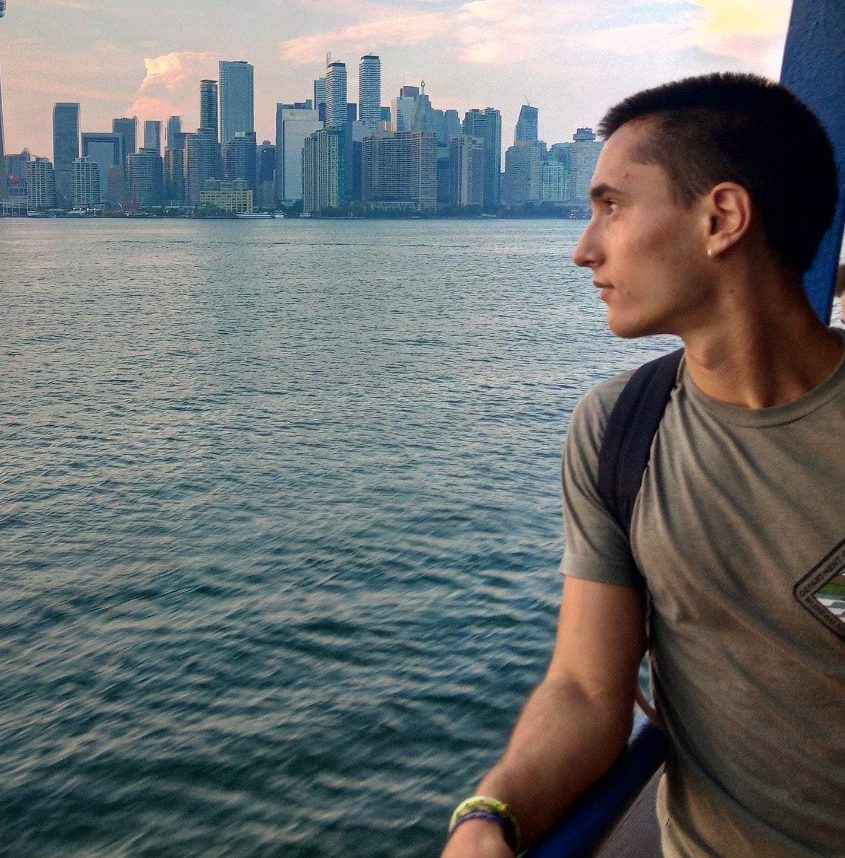 Aitor is from Spain, and this will be his second year on staff after being a climbing co-head instructor last summer. During the year he is a student at the University of the Basque Country where he is studying renewable energies engineering. Aitor has been working year-round with a group of volunteer counsellors organizing a wide range of activities, and is part of a team that looks after the botanical garden of Yerevan (Armenia). Aitor loves outdoor sports, especially climbing, and is excited for his summer of canoe tripping. 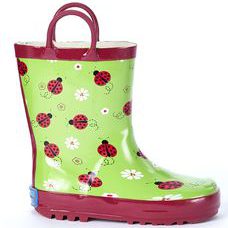 Jacob is returning for his 8th summer at Camp Arowhon, and his first as a junior tripper after completing camp’s LIT program last summer. He is from Toronto, but now lives in Los Angeles. When Jacob was a camper he loved kayaking and windsurfing, but most of all tripping. His accomplishments include, completing a 15-day whitewater trip along the Missinaibi River, the Whitney push trip, and the Brent push trip. Outside of camp, Jacob is an editor on his school’s newspaper and an actor. 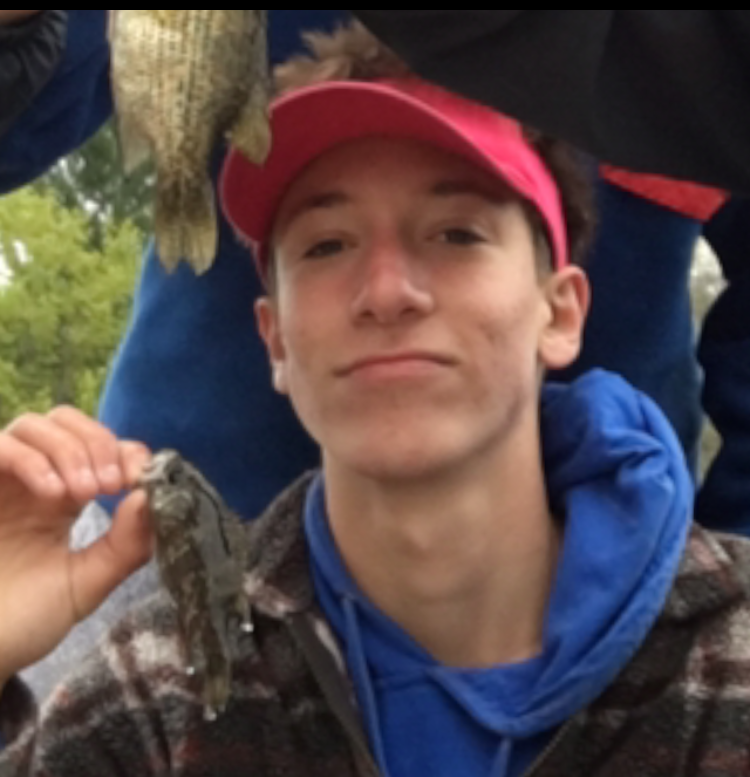 Kobi is from Toronto and has just completed grade 11 at North Toronto Collegiate Institute. Kobi is very excited to return to camp this summer after completing the LIT program last year. It is Kobi’s 1st year on staff but he was a camper for 7 years. As a camper Kobi spent most of his time in the water at the surf and swim dock. Outside of camp Kobi plays basketball and is part of his school’s athletic association. He also has coached football and refereed basketball for numerous years. Kobi loves camp and is just as excited as we are to have him on staff this summer! 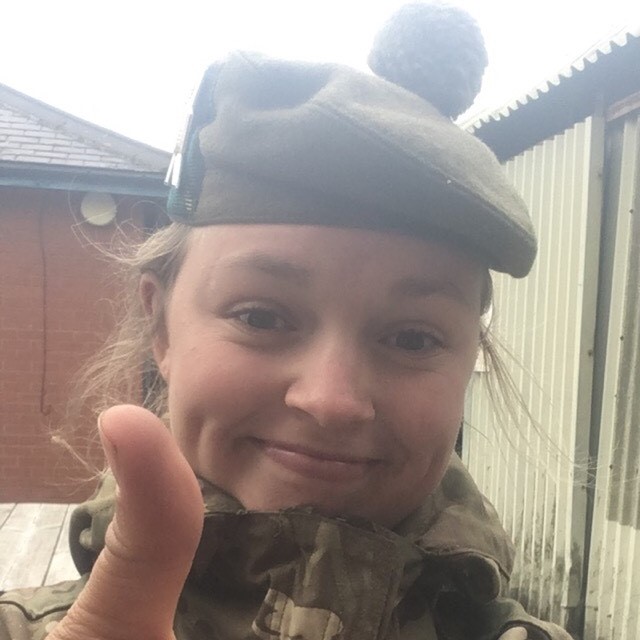 Izzy is from England and goes to university in Edinburgh, Scotland to study physics. She came to Arowhon for the first time last year as a canoe tripper and is super excited for her second year of leading trips!  She has worked in Thailand teaching English to Thai kids, and has also volunteered in an orphanage school in Tanzania. In university she is training to be an Officer in the British army. In her free time she loves to run, recently completing the London Marathon. 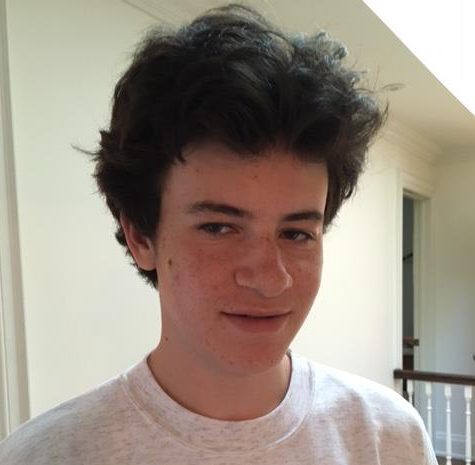 Max is from Toronto and attends high school at Crestwood Preparatory Collage. Max has been going to Camp Arowhon for 9 years now, and this coming summer will his 1st year on staff as a Junior Tripper. Max was an LIT at Camp Arowhon last summer, but also worked at Camp Arrowhead on Lake Simcoe as a Swim Instructor. Max is very active in team sports having played on his schools Soccer team, Swimming team, and Rugby team. Max also plays rep hockey for the Leaside Flames where he is the Assistant Capitan. Max is a member of the Art Club and Athletic Council at his school. Max has always enjoyed the tripping at Camp Arowhon having participated in many of the white water long trips. Max is thrilled to be able to share his passion for tripping with all the campers at Camp Arowhon.

Sasha is from Toronto where he attends North Toronto Collegiate. This will be his 9th summer at Camp Arowhon, and his 1st year on staff. Sasha’s passions include all forms of fishing (open water and ice fishing), windsurfing, canoe tripping and hockey. Sasha is an executive of his school’s Environmental Club. Outside of school, Sasha teaches young kids to skate, and works for the North Toronto Hockey Association. Sasha’s favourite hockey player is Jake Gardiner – ‘nuf said! 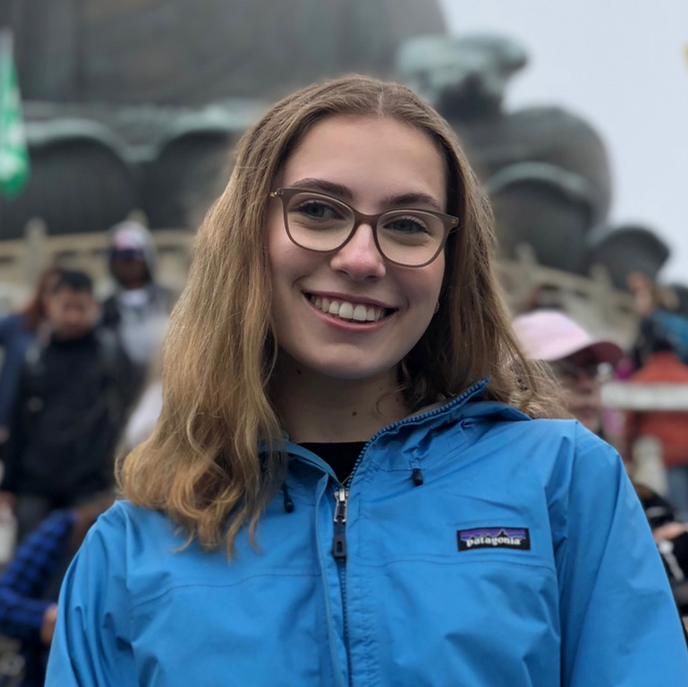 Maddy is from Toronto and is celebrating her 11th summer at Camp Arowhon! Outside of camp, Maddy has taught swimming to children, organized youth activities at Holy Blossom Temple, and participated in the annual Northern United Way Fashion Show as a dancer and the Producer. She was also a student volunteer at Baycrest Hospital and a part of a peer support Buddy Program. Maddy absolutely adores canoe tripping and is extremely excited to return as a Tripper this summer. 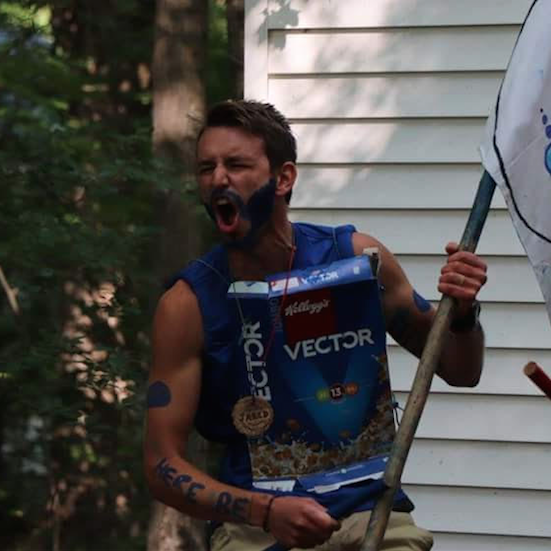 Jared is from Dundas Ontario, and will be going into his 3rd year of Zoology at the University of British Columbia. This will be his 2nd summer at Camp Arowhon; previously, he has worked at YLCC in Ontario as a Tripper, and as a Swim and Lifesaving Instructor in a recreational pool environment. Jared enjoys hockey, ultimate frisbee, and fencing. 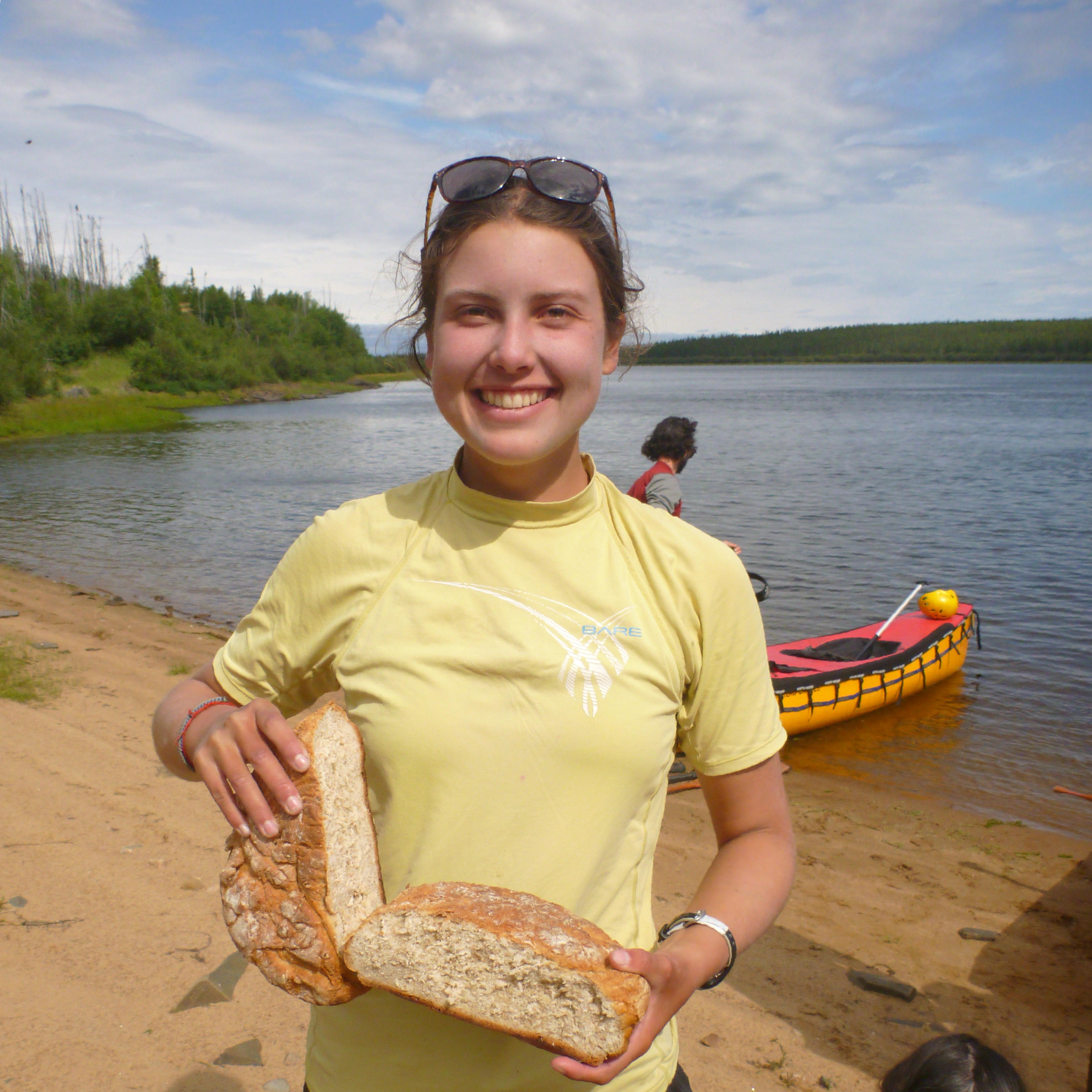 Shannon lives in Hamilton, where she is a member of a local dragon boat team and races with them in the spring and fall. She volunteers as an instructor with a youth violin orchestra, and has been a member of her school’s math club for several years and school champion of several contests. Shannon previously attended two wilderness leadership programs at another camp, where she paddled through Quetico and along the Seal River to Hudson Bay. Last summer, she was an assistant counsellor teaching canoeing, kayaking and earth education. Shannon is extremely excited to join Camp Arowhon as a tripper this summer, where she can share her passion for canoeing and the outdoors with the campers and staff. 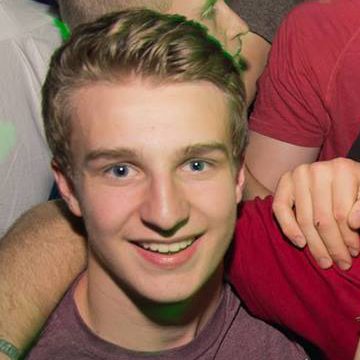 Nathan is from England and has completed a degree in neuroscience at the University of Bristol. He plans to pursue a career in medicine in the future, but also has a passion for outdoor recreation and education.  This will be his third summer at Arowhon but his first as equipment manager, after working as a flatwater tripper for the past two summers. Nathan likes to spend his free time in the outdoors hiking and kayaking 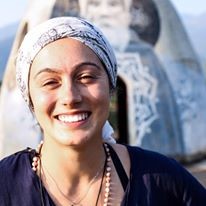 Devon is super excited for her third year here at camp and first leading the white water long trip! She has a passion for the outdoors and is eager to share that with anyone and everyone.  Along with the outdoors and tripping, Devon loves yoga, rock climbing, travelling, reading, and writing. 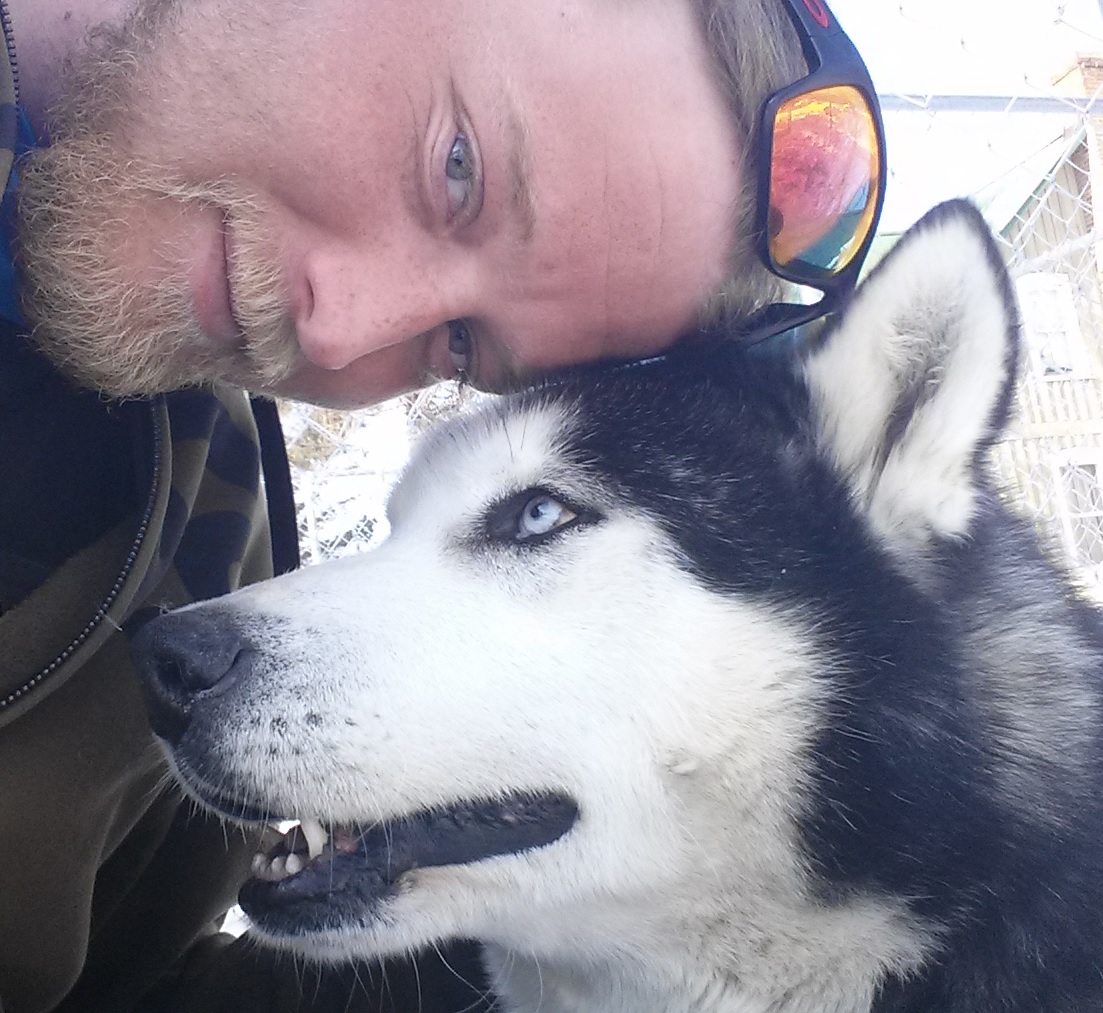 Hagan is from the South Coast of England and is returning for his 5th year on staff, and his first as Co-Head Tripper. He has a background in homelessness counselling and support work before running flatwater & LIT trips at Arowhon, though he is due to graduate this summer in Forestry and Woodland Management after changing careers. Hagan loves the outdoors in many of its forms, and also enjoys music, philosophy, current affairs and fitness, and has a martial arts background.