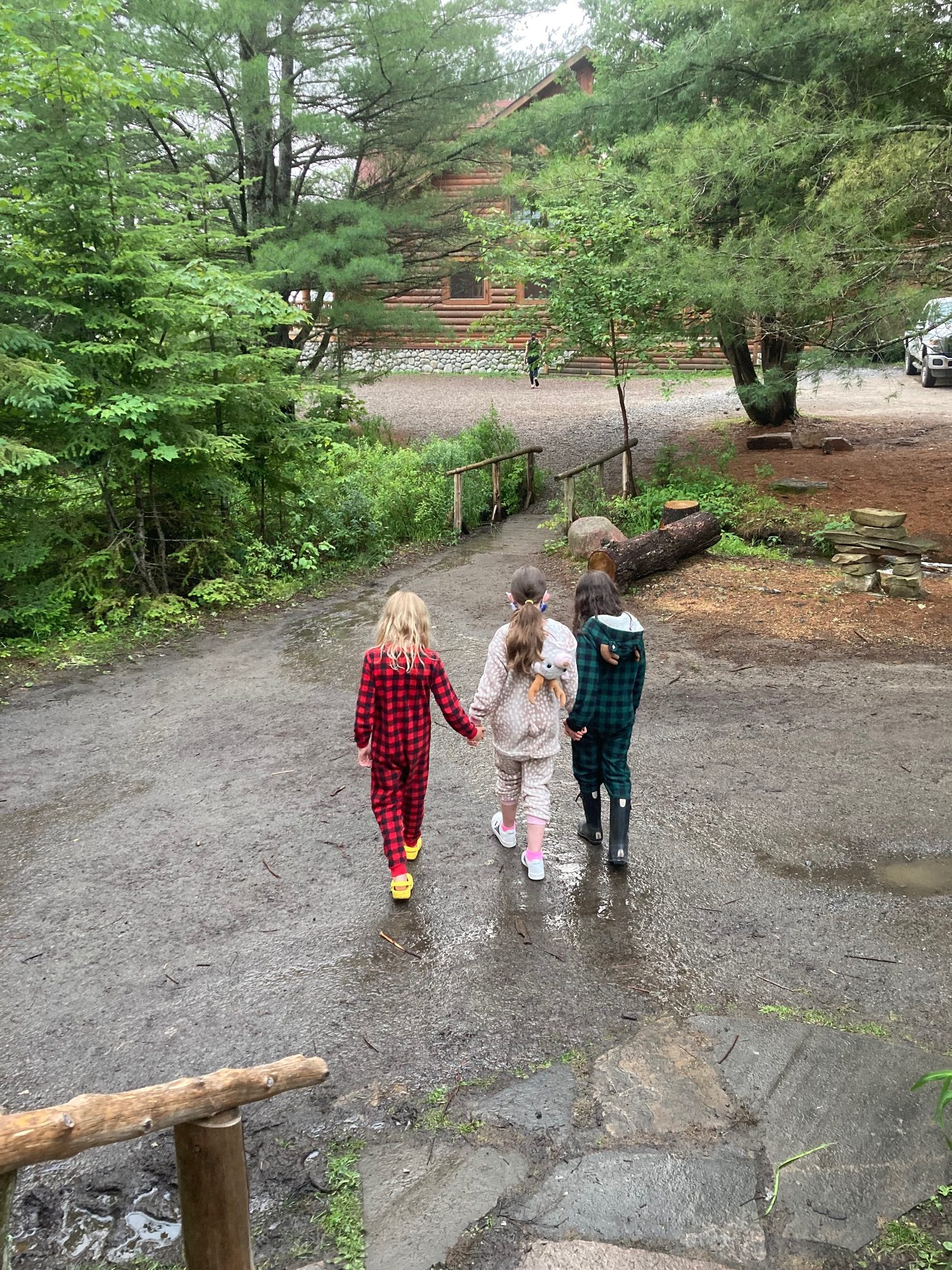 We were worried that after so many months in isolation kids would come to us less resilient, lacking social skills, and higher maintenance than ever. But what we’re seeing is opposite: 99% of our campers are so thrilled to be here that even the most mundane aspects of camp are savoured and celebrated. To incentivize the kids to keep camp tidy, we tell them they can earn their candy tuck by picking up schmutz (litter) off the ground… but until this year few actually did it. Today at least a hundred campers spent Rest Hour eagerly going on a “treasure hunt” and at the beginning of 3rd period the camp was spotless and I was presented proudly with several large bags of “gifts” – some with creative handwritten cards to boot!

Senior Girls have at times in the past been less than enthused about participating in evening activities so I was a little concerned when a gaggle of them ran shrieking by my cabin at 8pm; when I enquired if they were ok they giggled hysterically and asked if I knew where they could find an instructor’s belly button (your guess is as good as mine as to whether they were playing truth or dare or doing a scavenger hunt).

Half the camp used to doze through announcements; now they cheer at the top of their lungs about EVERYTHING! I don’t know if kids being home gave parents ample opportunity to teach manners but I’ve never experienced campers as being so respectful and grateful.

The opportunity to see our community embark on this journey of healing is the greatest gift COVID could have given us.