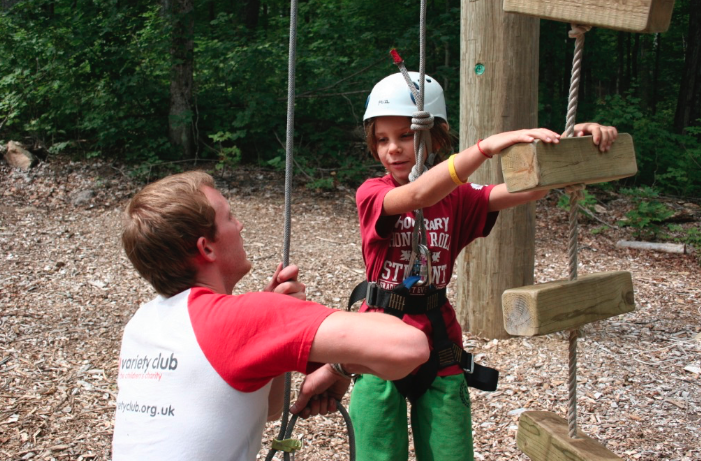 What We REALLY Learn from Activities at Camp

In August of 2011, I stood in the middle of the Main Lodge and looked out at the crowd of around 500 campers and staff. My heart was pounding through my chest and my palms were drenched in sweat. It was my second year as head sailing instructor at Arowhon. I was about to deliver a speech in front of the camp celebrating a 14-year-old girl named Molly who had worked her butt off for the past 2 summers to get her second class award in sailing.

My speech was recognition for all her hard work: her commitment to practicing every day, her ability to work hard, to get knocked down, and to get back up again. All of her blood, sweat, and tears had paid off, but that paled into comparison to what I saw in terms of her character development.

Her self-confidence, perseverance, resilience, and independence grew that summer. In her critical adolescent years she had climbed a mountain full of peaks and valleys. No one else did it for her. The only thing that was necessary was the environment she was in – one that facilitated the kind of care, supervision, and teaching she required in order to be successful on her own.

The point of my speech was never about her achieving the award. Some kids fail high-class awards at Arowhon because they are incredibly hard to get. Kids who fail learn how to be resilient, and to be proud of how much they have accomplished. The point was always about the journey, the personal growth, and the life skills that were gained along the way.

My story is not unique. Chances are that if you asked anyone who has been a staff at Arowhon they’d be able to talk about a kid who inspired them. They know the feeling of pride they get when they see a camper push himself or herself to do things they never thought they’d do.

Every staff precamp I tell my instructors the same thing: despite what they might think, our goal isn’t to teach kids how to climb, how to ride a horse, or how to learn a song in the camp play. It’s to teach them how to get back on the wall when they’ve fallen off 10 times, to go on a riding trail even though they’re scared, and to take a huge risk by singing in the play (in front of all their friends for the entire camp!). Our goal at camp is to allow kids how to overcome obstacles, how to become independent, and how to be proud and love themselves for what they can accomplish.

Jonathan Newman is looking forward to heading back up to Algonquin Park for his 15th summer at Arowhon! It will be his 3rd summer as a Program Director, after being a camper, LIT, counsellor, and sailing instructor. He has just graduated from U of T with a Masters of Teaching and will start a full time position in the fall as an elementary school teacher where we know he will continue to inspire children to find the best in themselves.

Our goal isn't to teach kids how to climb, how to ride a horse, or sing in the camp play. It's to teach them how to get back on when they've fallen off, do it even though they are scared, and take safe risks.