A plea for vaccinating children, from The New York Times 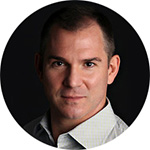 A FEW years back, an acerbic friend of mine who was a recent transplant to Los Angeles told me that she itched to write a satirical novel with the following narrative:

A group of wealthy, educated people in Santa Monica who deliberately didn’t vaccinate their children subsequently take them on a “poor-ism” trip to a developing country. The goal is to make them wiser and more sensitive to suffering in the world. While being sensitized, the kids catch diseases that they could have been inoculated against. Some of them die.

As a plot, it lacks subtlety (and compassion). But as a parable, it’s crystal-clear. You can be so privileged that you’re underprivileged, so blessed with choices that you choose to be a fool, so “informed” that you’re misinformed.

Which brings us to Disneyland, measles and the astonishing fact that a scourge once essentially eliminated in this country is back.

You’ve probably heard or read about the recent outbreak traced to the theme park. But there’s a chance that you’re unaware, because it hasn’t received nearly the coverage that, say, Ebola did, even though some of the dynamics at work here are scarier.

It started in mid-December and is now believed to be responsible for more than 70 cases in seven states and Mexico; 58 of those are in California, which of course is where the park is — in Orange County, to be more specific.

As it happens, there are affluent pockets of that county where the fraction of schoolchildren whose parents have cited a “personal belief” to exempt them from vaccinations is higher than the statewide average of 2.5 percent. That’s also true of some affluent pockets of the San Francisco and Los Angeles areas.

It used to be that unvaccinated children in America were clustered in impoverished neighborhoods; now they’re often clustered among sophisticates in gilded ZIP codes where a certain strain of health faddishness reigns. According to a story in The Hollywood Reporter last year, the parents of 57 percent of the children at a Beverly Hills preschool and of 68 percent at one in Santa Monica had filed personal-belief exemptions from having their kids vaccinated.

Why? Many of them buy into a discredited theory that there’s a link between the MMR (mumps-measles-rubella) vaccine and autism. They’re encouraged by a cadre of brash alarmists who have gained attention by pushing that thinking. Anti-vaccine panic was the path that the actress Jenny McCarthy traveled to innumerable appearances on prominent news and talk shows; she later demonstrated her singular version of concern for good health by working as a pitchwoman for e-cigarettes.

Other parents have separate or additional worries about vaccines, which can indeed have side effects. But they’re weighing that downside against what they deem to be a virtually nonexistent risk of exposure to the diseases in question. And that degree of risk depends entirely on a vast majority of children getting vaccines. If too many forgo them, we surrender what’s known as “herd immunity,” and the risk rises. That’s precisely what health officials see happening now.

In 2004, there were just 37 reported cases of measles in the United States. In 2014, there were 644. And while none of those patients died, measles can kill. Before vaccines for it became widespread in 1963, millions of Americans were infected annually, and 400 to 500 died each year.

“I don’t think its fatality rate has decreased,” said Daniel Salmon, a vaccine expert at the Johns Hopkins Bloomberg School of Public Health. “We just haven’t had enough cases for someone to die.”

An estimated 90 percent of unvaccinated people who are exposed to the measles virus become infected, and they themselves can be infectious four days before they develop a telltale rash.

But what’s in play is more than one affliction’s resurgence. The size and sway of the anti-vaccine movement reflect a chilling disregard for science — or at least a pick-and-choose, cafeteria approach to it — that’s also evident, for example, in many Americans’ refusal to recognize climate change. We’re a curious species, and sometimes a sad one, chasing knowledge only to deny it, making progress only to turn away from its benefits.

The movement underscores the robust market for pure conjecture — not just about vaccines, but about all sorts of ostensible threats and putative remedies — and the number of merchants willing to traffic in it. Look at Dr. Oz, a cardiothoracic surgeon now drawing millions of viewers daily as a television host peddling weight-loss tricks. The British Medical Journal recently analyzed dozens of his shows and determined that more than half of the suggestions he doled out didn’t have sound scientific backing.

The Internet makes it easier for people to do their own “research” and can lead them to trustworthy and untrustworthy sites in equal measure.

“It can be difficult to know what to believe,” said Kristen Feemster, a infectious diseases specialist at the Children’s Hospital of Philadelphia. “So many people can be an expert, because there are platforms for so many voices.”

Salmon noted that the sheer variety and saturation of media today amplify crackpot hypotheses to a point where they seem misleadingly worthy of consideration. “People say things enough times, there must be some truth to it,” he said. “Look at the proportion of people who question where our president was born or his religion.”

And we in the traditional media don’t always help, covering the news in an on-one-hand, on-the-other-hand fashion that sometimes gives nearly equal time to people citing facts and people weaving fiction.

I’m not entirely baffled by the fear of vaccines, which arises in part from a mistrust of drug companies and a medical establishment that have made past mistakes.

But this subject has been studied and studied and studied, and it’s abundantly clear that we’re best served by vaccinating all of those children who can be, so that the ones who can’t be — for medical reasons such as a compromised immune system — are protected.

Right now, Salmon said, only two states, Mississippi and West Virginia, limit vaccine exemptions to such children. If the anti-vaccination crowd grows, other states may have to move in that direction.

There’s a balance to be struck between personal freedom and public safety, and I’m not at all sure that our current one is correct.

We rightly govern what people can and can’t do with guns, seatbelts, drugs and so much more, all in the interest not just of their welfare but of everybody’s. Are we being dangerously remiss when it comes to making them wear the necessary armor against illnesses that belong in history books?

Vaccination matters... to everyone. That's why they call it PUBLIC health!