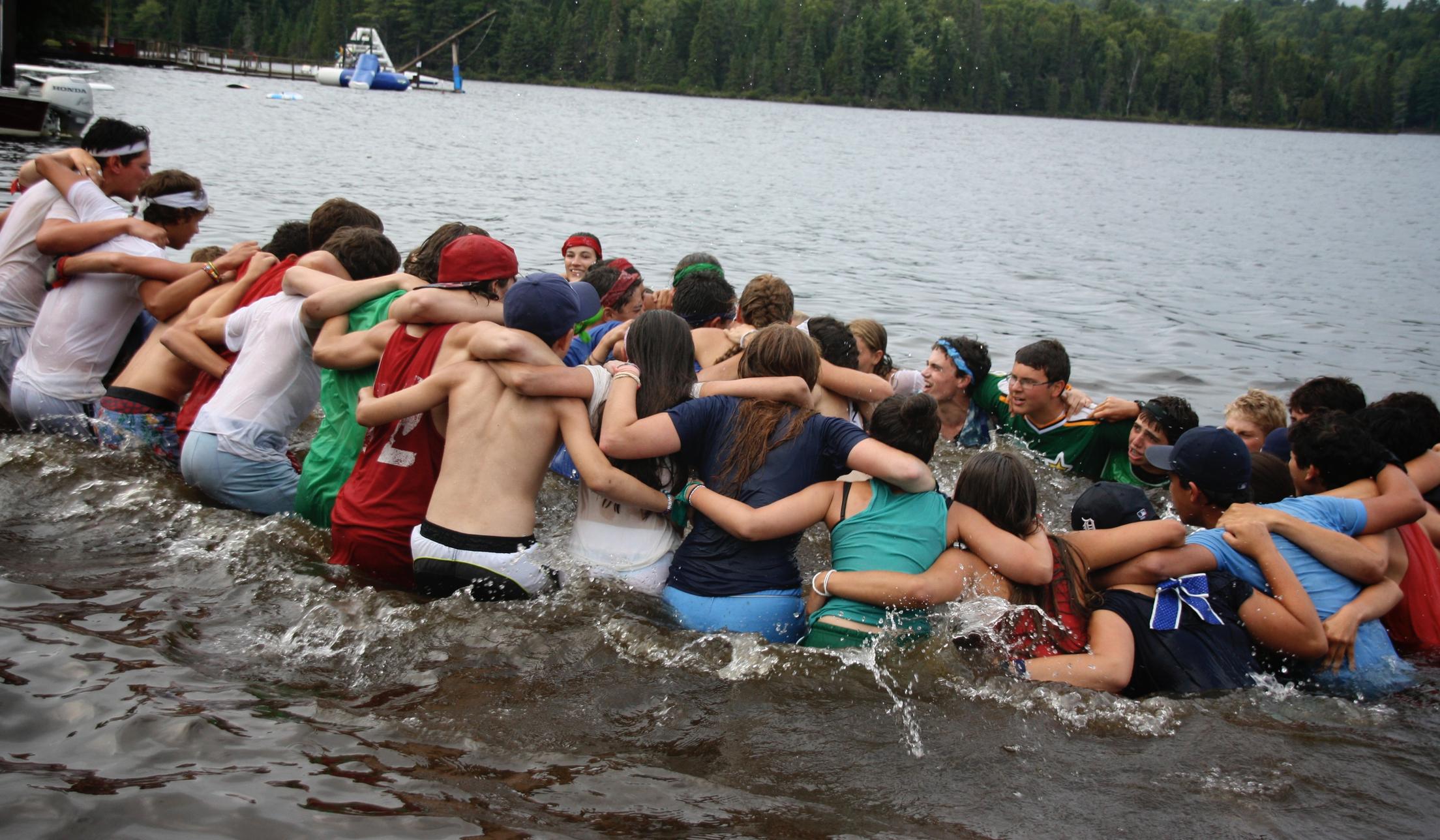 Colour War 2017 went out with a bang! The day could not have gone any smoother for the grand finale of a fantastic council games! The morning dawned bright and sunny – perfect weather for the legendary Land and Sea game. Watching it from the tower it looked like a well-oiled machine, with runners finding blocks on land, delivering them to their team’s dock where they were passed between campers piloting various different water craft until they reached the voyageur canoe anchored on the far side of the lake… all while avoiding being tagged and “robbed” by the bad guys!

The energy escalated throughout the day as campers prepared for the final marathon – a relay event spanning across the whole camp starting with the team passing jugs of water between players to fill bins in front of the Main Lodge. Then campers took turns participating in events ranging from pitching a tent to shaving a balloon to cantering a horse around the ring, and finally the captains of each team building a fire to burn a rope. The final events had us on our toes as the white team made an epic comeback in the fire, but what was most incredible to see was the support each team gave each other until everyone had reached the end.

After dinner we were treated to an incredible performance of Alma Maters (all written and memorized in the last 2 days by the team’s seniors. The closing skit revealed the green team (Hamm and Rex) to be the winners, but at that point everyone was just so glad to have come through the days of trials together that nobody cared about the results. We know everyone will be sleeping soundly tonight, but we expect alarms are set to make it to a specially-scheduled optional brunch tomorrow morning!

One response to “Green Team to Victory!”