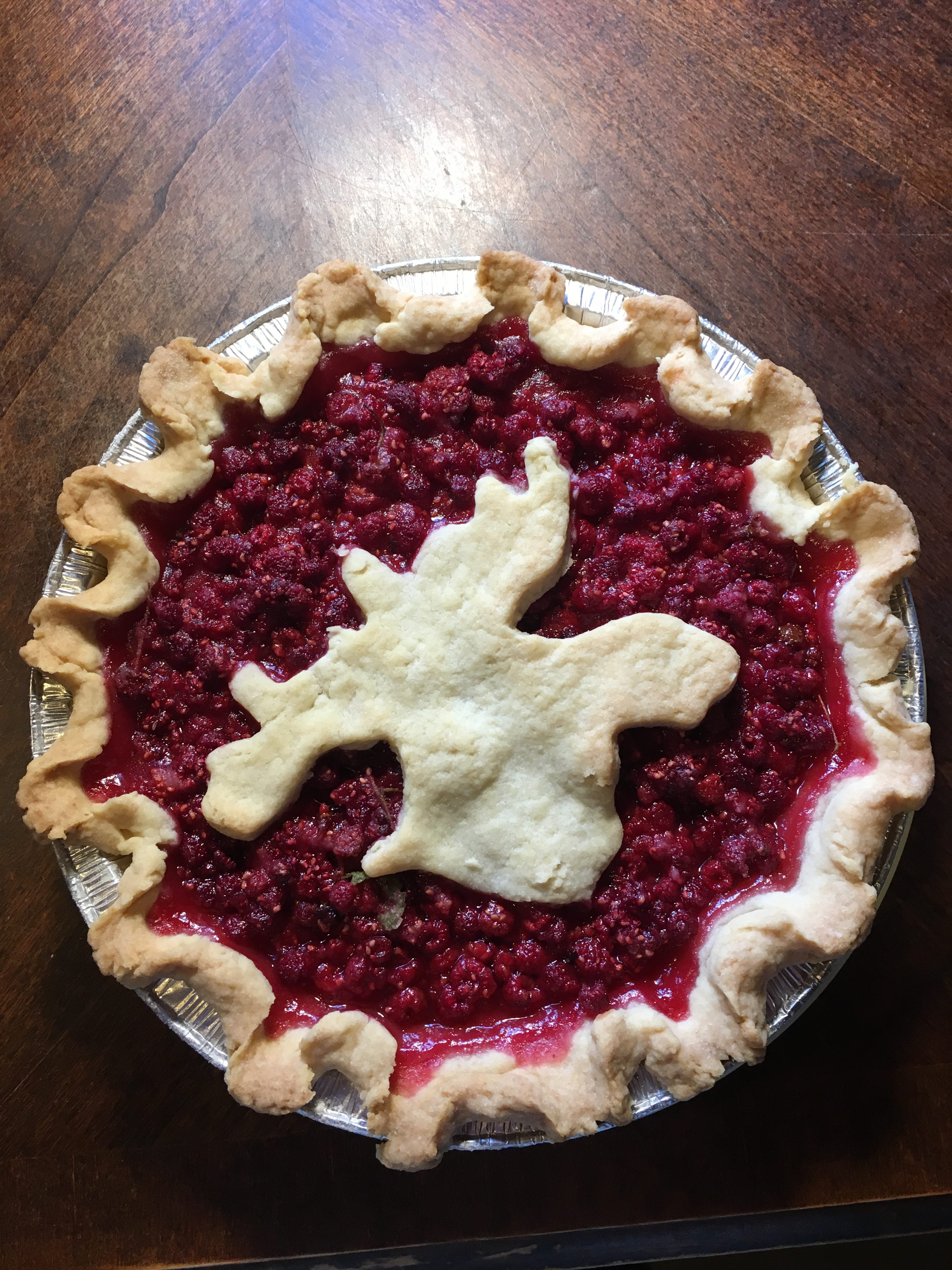 Today I made two pies, both for Junior Girls cabins. One was regular and the other was gluten free. No, I do not buy pre-made pie shells and fill them. I make pie crust from scratch. This skill was drilled into me many years ago. As students at the Cordon Bleu cooking school in Paris, we were all required to learn two skills so well we could do them in our sleep – plucking and cleaning a chicken, and making a pate brisee for pie crust. Who knew in the 1970’s that at least one of those skills would pay off big time?
The deal here at camp is that any cabin that brings me a 1 litre Nalgene water bottle filled with raspberries (picked by them) gets a pie. So far this week I’ve made 6 pies.
I really like making pies, but that’s not why I do it. For me as a camp director, the message the pies send is quite important: First, it says this place is homey. Pies say home cooking, pies say love, pies say we care. Second, I cherish the working together/teamwork that a group of kids has to muster in order to pick enough wild berries for a pie. Third, there is a connection to Mother Nature that gets enriched when children find wild food and then get to eat it. And finally, I like them to know that the people at the top of the Arowhon food chain are committed to giving them our time and energy.
So onward and upwards with the pie project. The most pies I’ve ever made in a summer was 20, but I think this summer is going to surpass that benchmark. Thanks to the heat and sun, berries are ripening like crazy… And three cabins just told me they’ve got Nalgenes of berries in progress.
yours from where the loons call and the moose munch,
Joanne Kates
< previous
next >