There are many things I do at camp that are unacceptable elsewhere in the world (burping competitions at the dinner table, wearing socks and sandals, shoving cake in people’s faces to name a few), but there are some things I think the rest of the world ought to learn from camp. Last weekend my brother […]

There was a period, during each of my children’s early adolescence, when I fantasized that they would go to Harvard. This bit of maternal foolishness was a way of expressing two things: Wow! My kids are so smart! I’m so proud of having smart kids. Yes, it does reflect on me (despite my protestations to […]

Representing Camp Arowhon in the longest single day paddling race in the world – Assistant Director Max Muszynski and former Head Canoeing Instructor Ben Kates. The race starts tomorrow (Saturday) morning at 7 am and goes from Huntsville to Bracebridge and back – 130 km with 19 portages. There’s no stopping on the race, so […]

It’s been a tough few weeks here on Teepee Lake. First the Main Lodge was emptied out. Once the plaques and the chandeliers and the sinks were all gone, our beloved ML looked almost dead. Then, on Tuesday of last week the “big claw” destroyed the ML. Mara and I stood there all day, in […]

The Main Lodge is down

and the good news is…. that camp really DOES change children’s lives for the better. A new study from the University of Waterloo found as follows: WATERLOO, ON – The positive development that children and youth experience at summer camp results in sustained behavioural changes at home, school and in the community, says a new […] 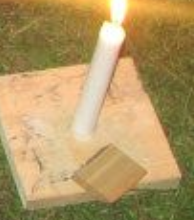 ML Demolition Diary – the day the trees came down

Fred is cutting down all the big trees around the ML. So sad!

Farewell to the ML

It’s an incredibly sad day at camp: The plaques came out of the ML last week, and now we’re taking out everything else: the sinks, the windows, the shelves, the doors, the sound system and the chairs, benches and tables… Everything is being taken out of the kitchen too… and next week our beloved ML […]

CBC Radio did a show yesterday on the impacts of summer camp, and they interviewed me about how our campers are changed by camp. We talked about how people turn into their best selves at camp – hear the interview at  www.cbc.ca/freshair But what we didn’t talk about was the sheer fun of it all. The ear-splitting yelling and cheering, […]

They say the two happiest days of a camp director’s year are the day camp starts and the day it ends. My deepest happiness yesterday – as every year on that day – is from the simple fact of sending everyone home in one piece. That they grew and learned and had a ton of […]